Thanks for joining us today.
Until next time,
Russ Roberts
https://www.hawaiigeopoliticalnews.com
https://hawaiiintelligencedaily.com 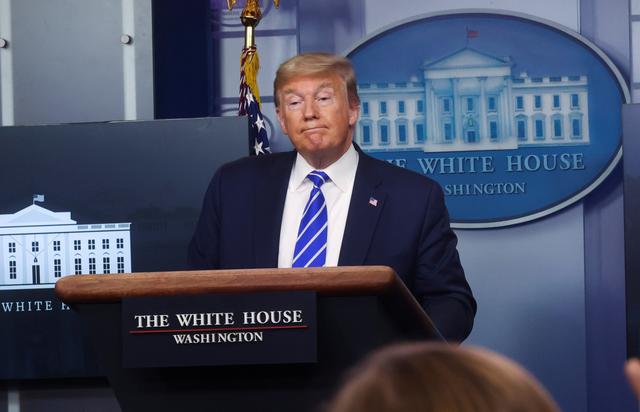 U.S. President Donald Trump on Thursday threw more cold water on reports that North Korean leader Kim Jong Un was gravely ill, but declined to say if he had been in touch with officials there.
World NewsAN HOUR AGO

Pompeo says U.S. may never restore WHO funds after cutoff over pandemic 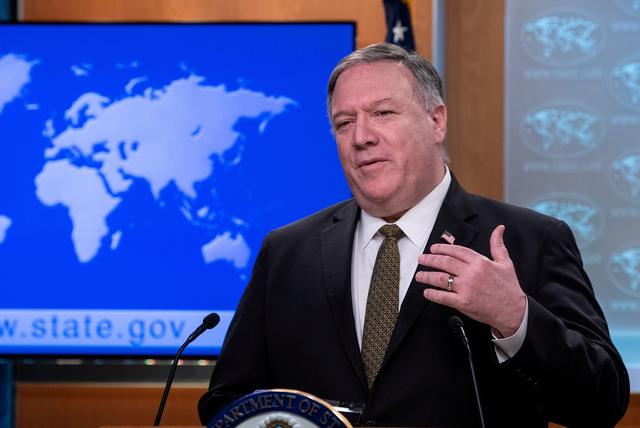 U.S. Secretary of State Mike Pompeo said the COVID-19 pandemic shows the need to overhaul the World Health Organization, warning that Washington may never restore WHO funding and could even work to set up an alternative to the U.N. body instead.
World News4 HOURS AGO

Canadian police on Thursday worked to piece together the timeline of a shooting spree that started in a rural hamlet in the Atlantic province of Nova Scotia and ended 13 hours later when the gunman, who killed 22 people, was shot dead.
World News6 HOURS AGO 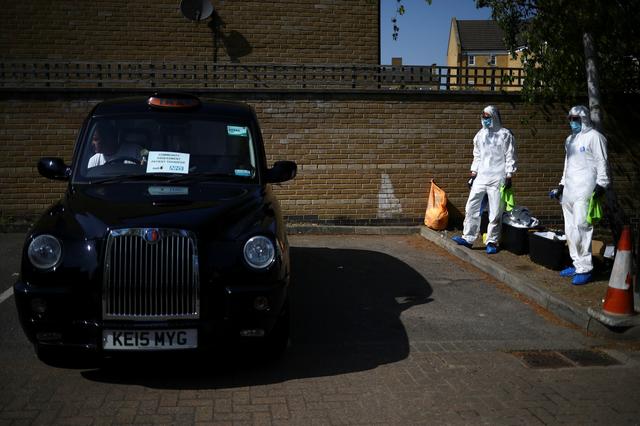 The United Kingdom's economy is crumbling under the strain of the coronavirus lockdown and government borrowing is soaring to the highest levels in peacetime history, increasing pressure on the government to set out an exit strategy.
World News2 HOURS AGO 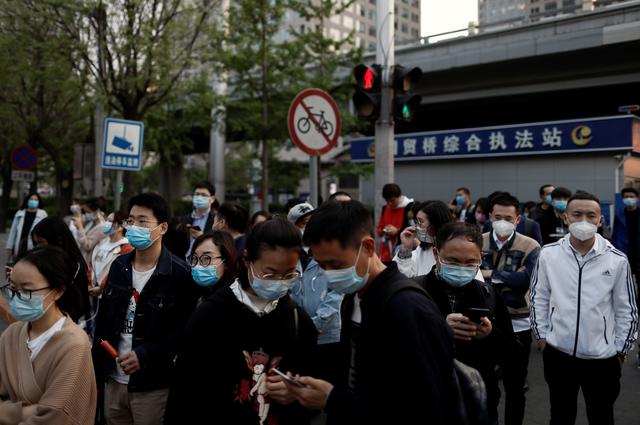 Mainland China reported 6 new coronavirus cases as of end-April 23, down from 10 reported a day earlier, putting the total number of COVID-19 infections at 82,804.
World News2 HOURS AGO

A U.S. warship has sailed through the sensitive Taiwan Strait for the second time in a month, Taiwanese and U.S. militaries said on Friday, amid heightened tensions between Taiwan and China and as a Chinese aircraft carrier passes near the island.
World NewsAN HOUR AGO 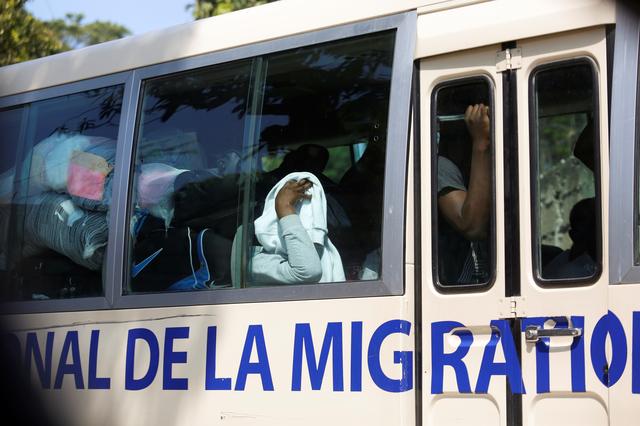 Haiti received a deportation flight on Thursday from the United States of 129 Haitians, including minors, days after three deportees who arrived on the previous flight tested positive for the new coronavirus.
World News2 HOURS AGO

A Venezuelan man was shot dead on Thursday as locals protesting food and gas shortages looted several stores in one southern town, a rights group said, as frustrations spiked six weeks into a quarantine that has worsened an economic crisis.
World News2 HOURS AGO 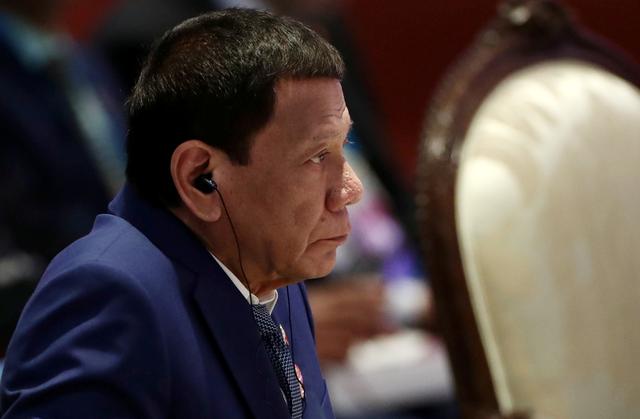 Philippine President Rodrigo Duterte threatened to declare martial law if communist rebels disrupted the flow of relief goods for Filipinos impacted by the coronavirus lockdown restrictions, and asked his military to be ready.
World News4 HOURS AGO 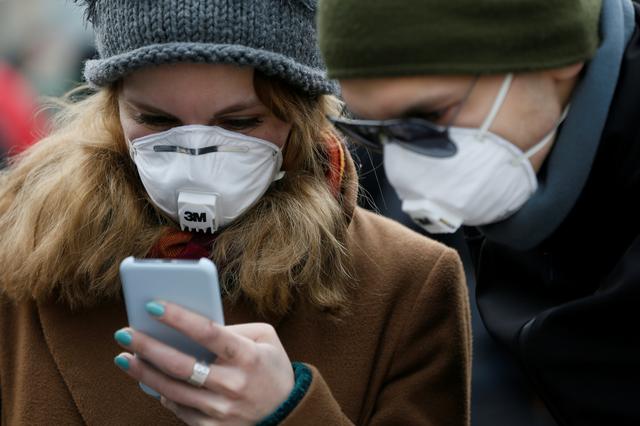 Eighty countries and customs territories have banned or limited the export of face masks, protective gear, gloves and other goods to mitigate shortages since the coronavirus outbreak began, the World Trade Organization reported on Thursday.
World News38 MINUTES AGO

Coronavirus tally rises to 91 on Italian cruise ship in Japan 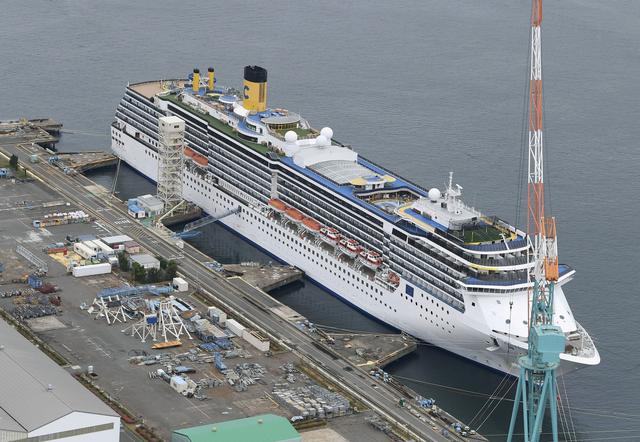 As many as 91 crew of an Italian cruise ship docked in Japan's southwestern port of Nagasaki are infected with coronavirus, officials said on Friday, as questions persist over how and when they will return to their home countries.Authorities are racing to complete tests on about 290 of the 623 crew after one of them was found infected this week. The high rate of infections has fanned concern about the potential strain on medical services if patients' conditions worsen.
World News2 HOURS AGO 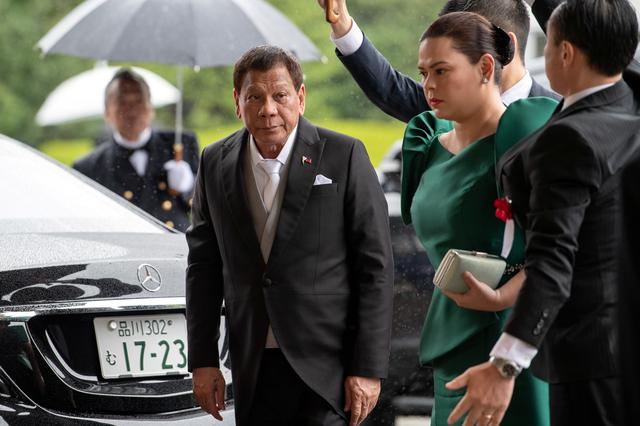 Philippine President Rodrigo Duterte has extended a strict lockdown in the capital Manila until May 15 to try to contain coronavirus infections, but will ease restrictions in lower-risk regions of the country, his spokesman said on Friday.
World News2 HOURS AGO 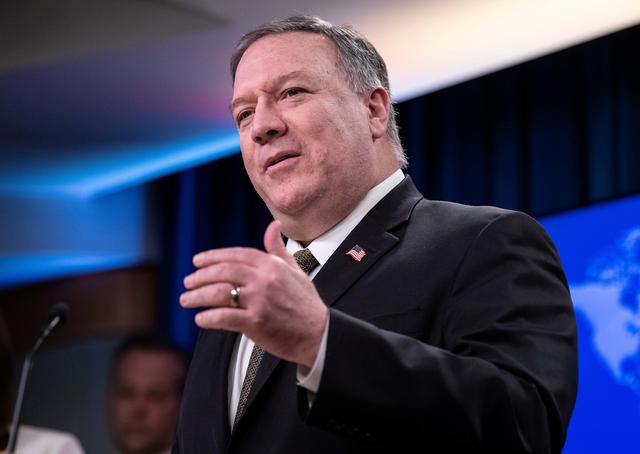 U.S. Secretary of State Mike Pompeo stressed to his Egyptian counterpart on Thursday that Americans detained in Egypt should be kept safe during the coronavirus pandemic, the State Department said.
World News2 HOURS AGO 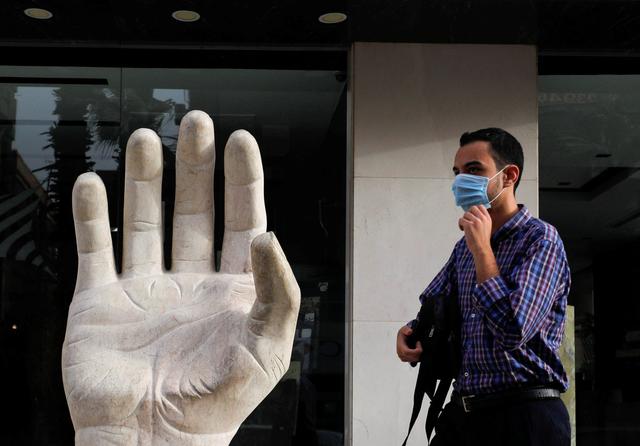 Egypt will ease its coronavirus lockdown for the holy fasting month of Ramadan by allowing more businesses to reopen and shortening a night-time curfew, the prime minister said on Thursday, as new coronavirus cases reached the highest daily toll since the first infection was confirmed in February.
World News3 HOURS AGO

A cruise ship linked to a third of Australia's coronavirus deaths has left the country after a month docked in local waters, the authorities said on Friday, as an emergency cabinet meeting was expected to ease some social distancing measures.
World News3 HOURS AGO

South Africa to begin phased easing of lockdown on May 1 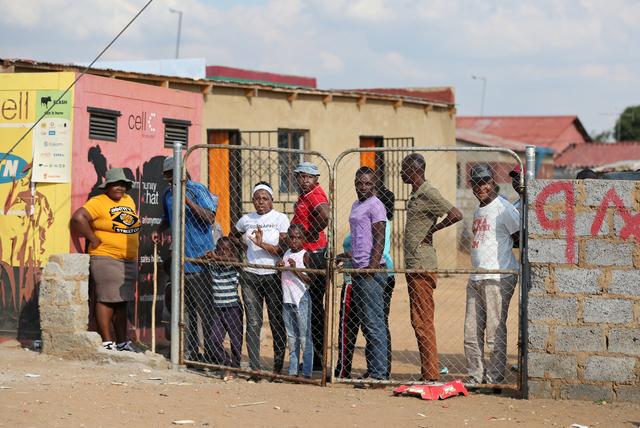 South African President Cyril Ramaphosa said on Thursday the government will allow a partial reopening of the economy on May 1, with travel restrictions eased and some industries allowed to operate under a five-level risk system.
World News4 HOURS AGO 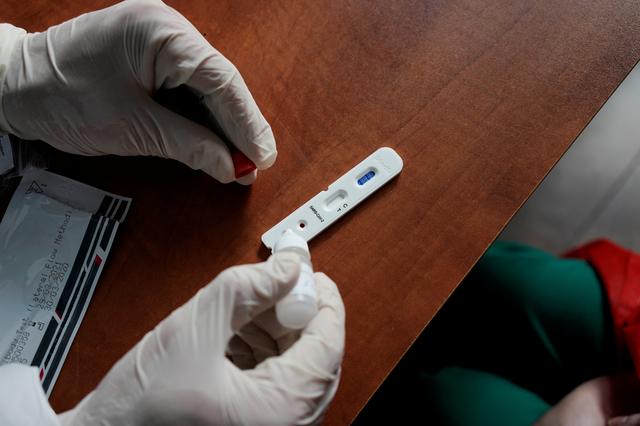 Spain's government apologised for causing confusion over new lockdown rules for children on Thursday, while a scientific study suggested the new coronavirus may have been circulating among the population longer than previously thought.
ADVERTISEMENT
World News4 HOURS AGO 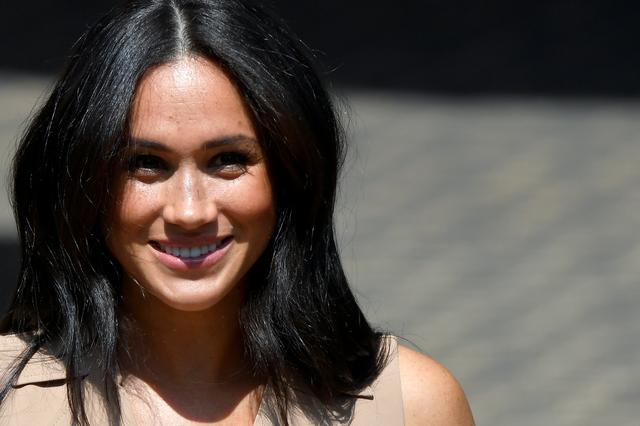 The first court hearing in a privacy case brought by Meghan, Britain's Duchess of Sussex, against a tabloid newspaper for printing part of one of her letters takes place at London's High Court on Friday.
World News5 HOURS AGO

Canada pledged new money on Thursday to develop and eventually mass-produce vaccines in its fight against the coronavirus, while the province of Saskatchewan unveiled a plan to restart its economy and the renowned Calgary Stampede was canceled.
World News5 HOURS AGO 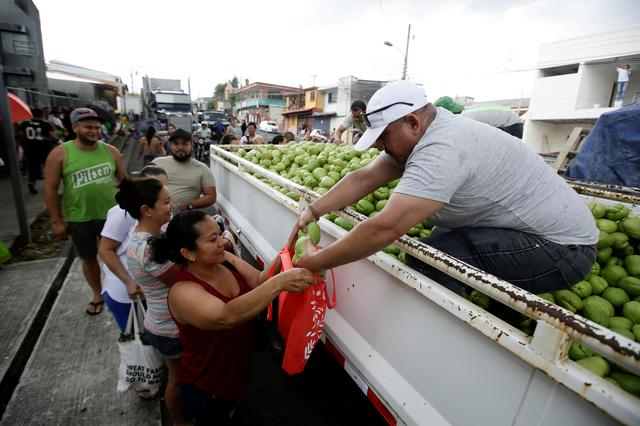 While parts of Latin America enter the toughest phase of the coronavirus pandemic, Costa Rica has for the past week reported a steady fall in the number of people currently infected, in a sign the country's approach to the crisis may be paying off.
World News5 HOURS AGO 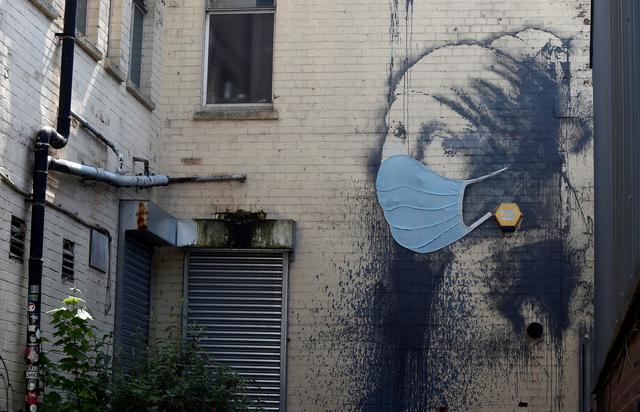 Banksy's "Girl with a Pierced Eardrum" has been updated for the coronavirus era with the addition of a blue surgical face mask.
ADVERTISEMENT
World News5 HOURS AGO 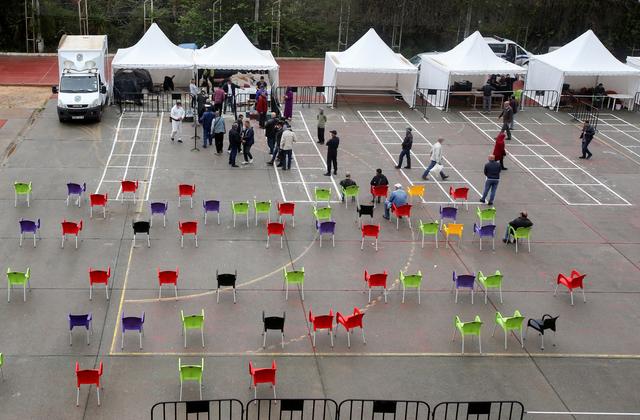 Algeria will ease confinement measures from the first day of the holy month of Ramadan on Friday by shortening a night curfew and lifting a full lockdown for a province near the capital Algiers, the prime minister's office said on Thursday.
World News6 HOURS AGO 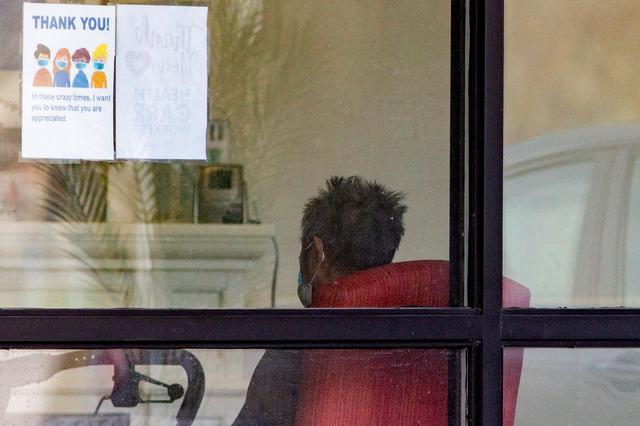 Canada is failing its seniors as officials struggle to contain fatal outbreaks of the novel coronavirus in long-term care homes across the country, Prime Minister Justin Trudeau said on Thursday.
World News6 HOURS AGO 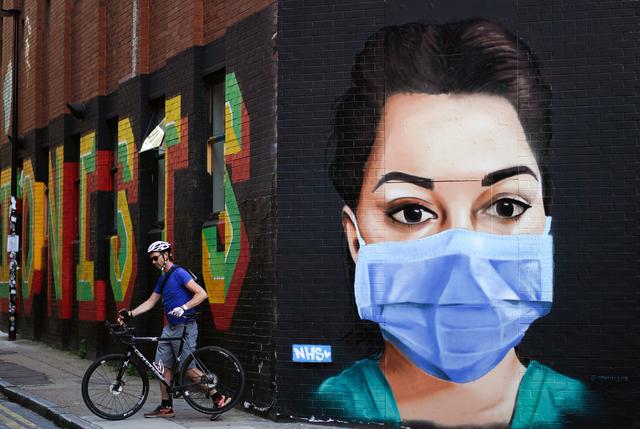 Two British doctors who have been exposed to COVID-19 patients have launched a legal challenge against the government over what they say is a lack of protective kit and unclear guidance on when and how it should be used.
World News6 HOURS AGO

UK PM Boris Johnson to be back at work as soon as Monday: Telegraph 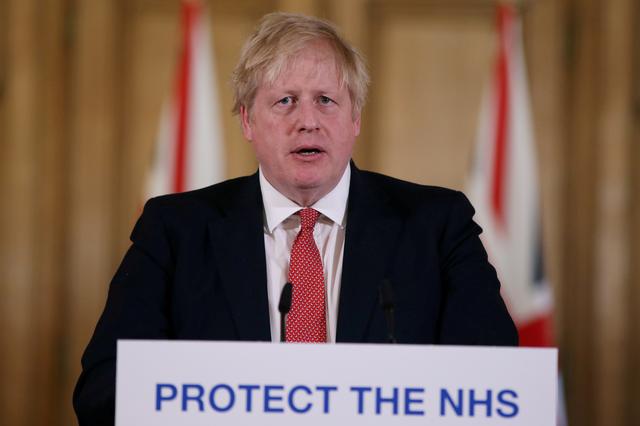 British Prime Minister Boris Johnson is planning to return to work as early as Monday, the Telegraph reported.