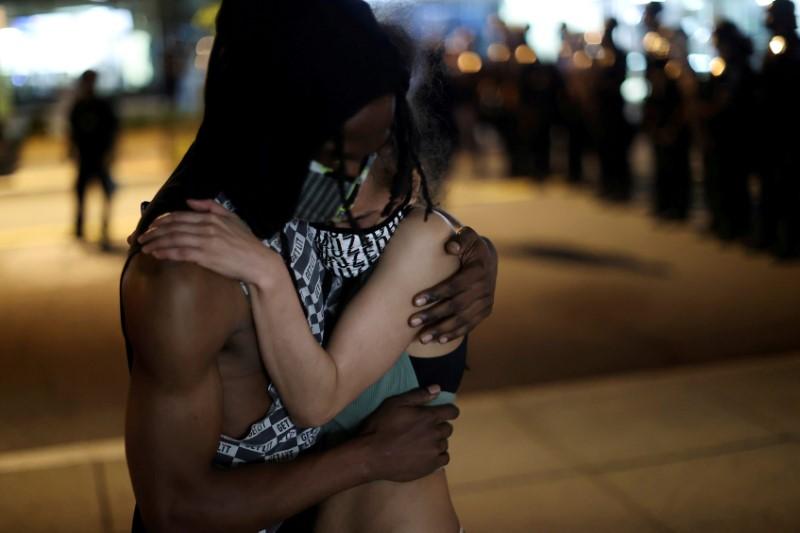 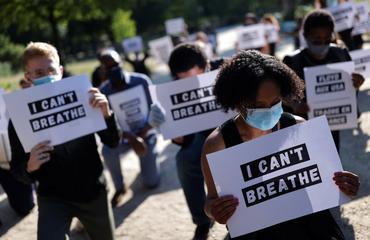 Dozens protest at U.S. embassy in Paris in solidarity with George Floyd

A few dozen protesters knelt in silence and held signs in front of the U.S. embassy in Paris on Monday in solidarity with George Floyd, an African-American whose death in police custody last week has sparked unrest in the United States.
3:35PM EDT 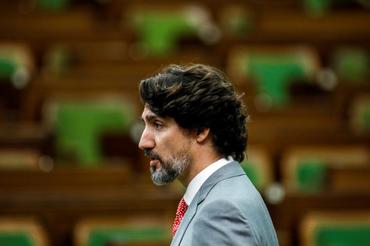 Canadian Liberal Prime Minister Justin Trudeau and his rivals in the opposition vowed on Monday to fight racism at home as violent protests continued in the United States following the death of a black man in police custody in Minneapolis last week.
3:31PM EDT 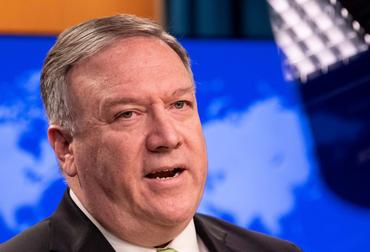 The United States is considering the option of welcoming people from Hong Kong in response to China's push to impose national security legislation in the former British colony, U.S. Secretary of State Mike Pompeo said in remarks released on Monday.
5:34PM EDT 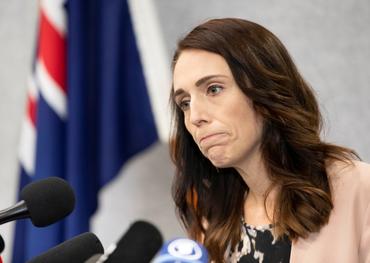 Prime Minister Jacinda Ardern said on Tuesday that she was "horrified" by George Floyd's death, and welcomed peaceful protests in New Zealand in solidarity, but noted that they flouted social distancing restrictions.
9:44PM EDT 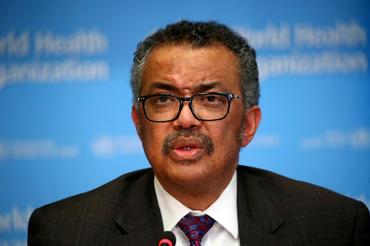 WHO pushes to keep ties with 'generous' U.S. despite Trump's exit move

The head of the World Health Organization (WHO) on Monday praised the United States' "immense" and "generous" contribution to global health in a push to salvage relations after President Donald Trump said he was severing ties with the U.N. agency.
1:45PM EDT 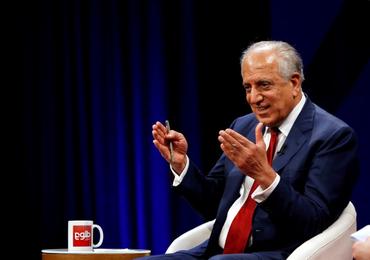 The U.S. special envoy for Afghanistan sounded upbeat on Monday about the chances for peace talks starting between the Kabul government and the Taliban militant group but suggested further prisoner releases were needed first.
6:30PM EDT 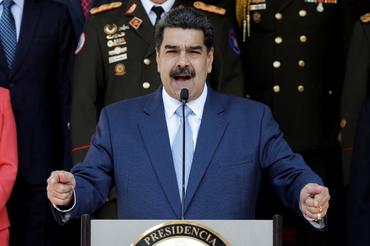 South Korea is testing a new quick response (QR) code system this week to log visitors at high-risk entertainment facilities, restaurants and churches in a bid to track coronavirus cases and prevent further spread of the disease.
10:04PM EDT

A man thought to be the youngest person to have died from coronavirus in Australia did not have the virus at the time of his death, officials said.
8:38PM EDT
VIEW MORE