Content supplied by the BBC in London.  News video here: 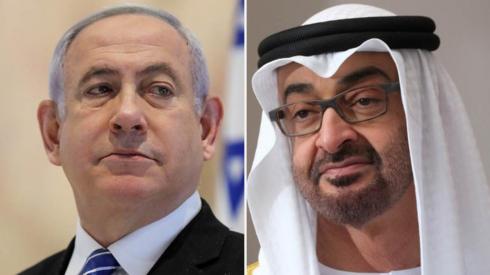 Israel and the United Arab Emirates agree to normalise relations in the third Israel-Arab peace deal.

Women take to the streets of Minsk dressed in white as they demand an end to police brutality.

Experts say the risk of transmission is higher because droplets are projected when exhaling smoke.

The Postal Service requires funds to cope with the pandemic and the election, Democrats say.

The French military deployment comes amid Greek-Turkish tension over oil and gas exploration.

US jobless claims drop below 1m in virus first

But the figures remain extremely high, driving debate over the need for further stimulus.

A safari group sailing near Dana Point in southern California came across a travelling pod of dolphins.

The IS insurgency you may not have heard of

The man hoping to be the US's 'second gentleman'

What Europe's cities are doing to handle heatwaves

The Dalit rapper who said no to Bollywood

Beatings and cries for help amid Belarus unrest

Beirut explosion: 'Who could replace her?'

Posted at8:42
Israel and the United Arab Emirates agree to normalise relations in the third Israel-Arab peace deal.
Read more
Posted at7:24
Daily new infections fall to their lowest level since 20 July, as Melbourne remains worst-hit.
Read more
Posted at7:24
Shane Harrison
BBC NI Dublin correspondent
Sara Feeney and her cousin Ellen Glynn were found clinging to a lobster pot by a fisherman.
Read more
Posted at7:23
The order also requires visitors to the sheriff's office to have their face uncovered.
Read more
Posted at7:21
A total of 42% people surveyed in Nigeria have reported losing their jobs during the coronavirus pandemic, while 79% reported a loss in income, the World Bank has said.
In Ethiopia, 45% of urban households and 55% of rural households contacted through a phone survey reported income losses because of the outbreak, it added.
Nigeria has the biggest population in Africa (about 190 million) and Ethiopia the second-biggest (about 102 million).
"The shocks caused by the pandemic might send between 13 and 50 million people into extreme poverty in Sub-Saharan Africa," the World Bank warned.
Posted at7:19
Killian Ngala
BBC News, Yaoundé
Plans to allow industrial logging in one of central Africa's last intact forests have been halted, in a move welcomed by environmental campaigners.
Ebo forest in south-western Cameroon is home to 40 Banen communities and numerous endangered wildlife species - including western gorillas, chimpanzees, forest elephants, grey parrots and large frogs.
Experts say forests also play a critical role in the absorption of CO2 from the atmosphere.
On Tuesday Cameroon's government formally announced it was cancelling a previous decree that would have allowed timber extraction across nearly half of the 150,000-hectare forest.
Greenpeace responded on Thursday, saying the suspension of logging operations must be the first step towards protecting the lives of Ebo's residents. It has vowed to keep campaigning, along with its partner Rainforest Rescue.
But a government official told the BBC that the forest will eventually be reclassified either as a logging concession or as a protected forest.
"The present statement will not last long," said Cameroon's Ministry of Forestry and Wildlife Communications Director Jean Robert Onana.
"Classification is a normal procedure and a legal procedure. If we don’t classify this forest, it is subject to poaching or illegal logging."
He added that Cameroon is conscious of the need for environmental conservation, pointing to the fact that 30% of the national territory is under conservation.
Posted at7:09
Greece calls on Turkey to pull back a Turkish ship that has left port to carry out a drilling survey.
Read more
Posted at6:55
Boris Johnson meets new Taoiseach Micheál Martin at Hillsborough Castle in County Down.
Read more
Posted at6:51

Thomas Naadi
BBC News, Accra
A total of 46 foreign-owned retail shops have been shut in Ghana’s capital, Accra, because they were trading illegally, the Ministry of Trade and Industry has said.
Ghanaian law bars foreigners from engaging in retail business and the authorities have come under pressure to enforce it.
Last year, traders believed to be members of the Ghana Union of Traders Association (Guta) forcibly locked up foreign-owned shops belonging to Nigerians and Chinese residents in parts of the country.
The Nigerian Union of Traders Association in Ghana says about 80% of Nigerian-owned businesses in the country are licensed.
Ghanaian law allows foreigners to engage in non-retail business.
Posted at6:46

The deadliest numerical error of 2020

The folk singer murdered for his music

The hidden trauma carried by many

Could 'no code' be the next big thing?