Views expressed in this geopolitical news summary are those of the BBC and its correspondents. 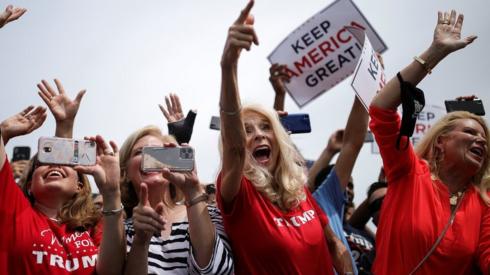 He opens Republican convention by making discredited claims that postal voting will lead to voter fraud. 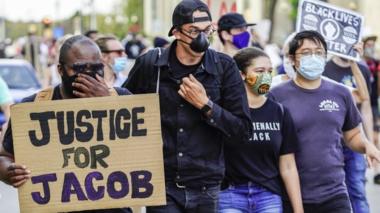 Jacob Blake is in hospital after being shot multiple times by officers in Wisconsin on Sunday.
LIVE 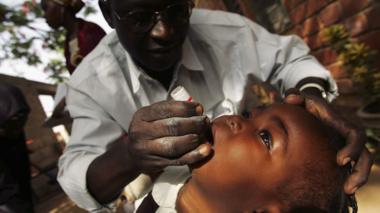 Africa to be declared free of polio

Nigeria is now rid of wild polio having had more than half of global cases less than 10 years ago. 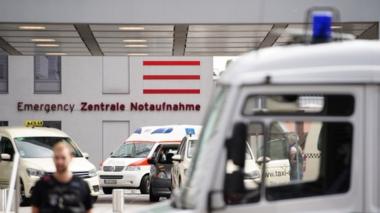 Russia says no investigation is needed yet as no poisoning of the fierce critic has been proven. 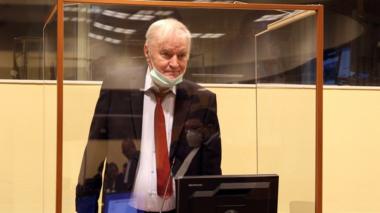 Ratko Mladic led Bosnian Serb forces who massacred civilians and was jailed for life in 2017. 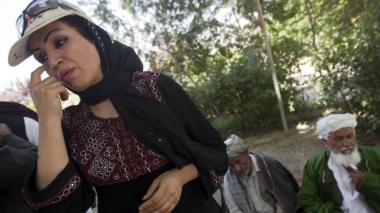 Saba Sahar, an outspoken voice on women's rights, was on her way to work when a gunman opened fire.

Bali closed to foreign tourists until end of 2020

Sudan and US 'talk over removal from terror list'

Does US postal voting lead to ‘tremendous fraud’?

The son who is Trumpier than Trump

‘Black people have been through a lot this year’

'We want a new president' for Belarus

Posted at3:35
Lizzie Deignan wins her third GP de Plouay title as she leads home fellow Briton Lizzy Banks in miserable conditions in Brittany.
Read more
Posted at3:30
Jacob Blake is in hospital after being shot multiple times by officers in Wisconsin on Sunday.
Read more
Posted at3:18
Newry, Mourne and Down District Council launches an emergency plan as Storm Francis batters NI.
Read more
Posted at2:36
Angolan security forces have killed at least seven people - all of them teenagers - between May and July while enforcing measures to curb the spread of coronavirus, an investigation by international rights body Amnesty and Angolan campaign group Omunga has found.
The youngest victim was 14-year-old Mário Palma Romeu, known as Marito, who was shot on 13 May while out on a shopping errand.
"One teenage boy was shot in the face while he lay injured; another was killed when police fired on a group of friends practising at a sports field. A state of emergency is no excuse for such outrageous human rights violations," said Deprose Muchena, Amnesty International's Director for East and Southern Africa.
All the killings took place in poor neighbourhoods of the capital, Luanda.
In one incident a young man with pre-existing health problems was stopped by police because he was not wearing a mask, he was forced to do a somersault as a punishment, when he refused a policemen fired a gun over his head, the rights groups say.
He was taken to hospital where he died. Neighbours told officers that the young man had problems with his heart and hypertension. The results of the autopsy have not yet been released.
"The ultimate aim of combating the spread of Covid-19 should be to save lives and protect livelihoods. When state agents are responsible for the killing of people, it defeats this purpose," said João Malavindele, executive director of Omunga.
Report
Amnesty said in a statement that the investigation was done by piecing together accounts of families and friends.
It alleges that officers from the Angolan National Police and Angolan Armed Forces are suspected to be responsible for the killings.
The rights body urged Angolan authorities to ensure their ongoing investigations are swift, independent and impartial.
They also called for those suspected to be responsible for human rights violations and abuses be held to account and families provided justice, truth and reparation.
Posted at2:27
Buildings and cars are ablaze on a second night of protests after the police shooting of Jacob Blake.
Read more
Posted at2:26
Sudan is on the US' list of state sponsors of terror as al-Qaeda leader Osama Bin Laden lived there.
Read more
Posted at2:13
Saba Sahar, an outspoken voice on women's rights, was on her way to work when a gunman opened fire.
Read more
Posted at2:00
Ratko Mladic led Bosnian Serb forces who massacred civilians and was jailed for life in 2017.
Read more
Posted at1:57
Aliaume Leroy
BBC Africa Eye
Two of the seven soldiers who have been on trial in Cameroon for the murder of women and children have been released, according to one of the lawyers working on the case.
The Cameroonian soldiers were arrested in 2018 after a video was posted on social media showing a group of uniformed soldiers killing two women and two young children. The soldiers have been on military trial behind closed doors in Cameroon’s capital, Yaounde.
On 17 August two of the accused, Godwe Mana Didier and Manasse Djakobei Johnathan, were found not guilty because they watched as others did the killings, lawyer Maitre Sylvestre Mben told BBC News Pidgin.
The video of the killings went viral on social media and caused worldwide outrage in 2018. Initially, the government of Cameroon dismissed the video as “fake news”.
But BBC Africa Eye, through forensic analysis of the footage, proved that the killings were done by Cameroonian soldiers in 2015 near the village of Zelevet in northern Cameroon.
The sentencing of the other five soldiers is scheduled for 30 August.
Watch the BBC investigation below:
Posted at1:21

Nomsa Maseko
BBC News, Johannesburg
South Africa has recorded 1,677 new cases of coronavirus, the lowest number in new daily infections since June.
The cases have declined from a peak of around 15,000 daily infections
But experts have warned that the current decline in new infections is not an indication that the worst is over.
Some 3.5 million tests have been conducted since the country recorded its first case in March.
Experts say the data shows a continued downward trend and that there’s currently no sign of a “second wave” of infections as lockdown restrictions have been eased countrywide.
But they’ve also warned that the risk of infection remains and that people should stick to health guidelines like social distancing.
Some 100 fatalities were reported on Monday, bringing the total to more than 13,000, while the recovery rate has increased to more than 80%.

Will our generation leave no heirlooms?

How to turn fantasies into reality

Songs that offer hope after despair

The harm wildfires do to your health

Is now the time to tame Magaluf?