Views expressed in this geopolitical summary are those of the BBC and its correspondents. 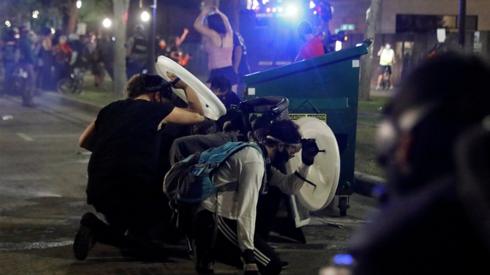 Police open an investigation after two people are killed and one injured during protests in Kenosha. 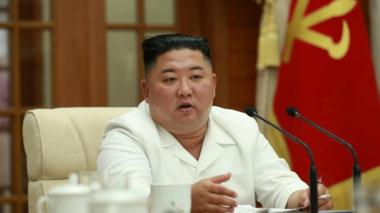 Despite rumours over his health, the North Korean leader appears well and in charge. 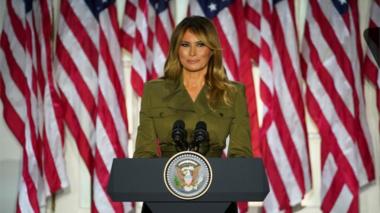 Addressing the Republican convention, the US first lady also calls for an end to "violence and looting". 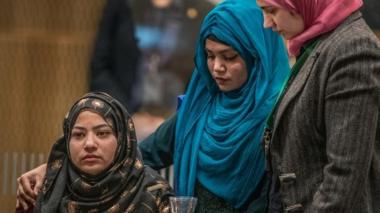 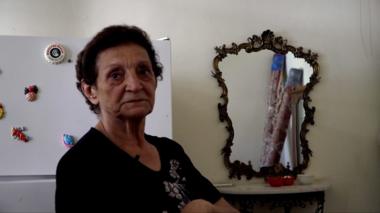 Beirut blast: 'I can't afford to fix my house'

Mrs Beaini has lived in the same Beirut house for more than 60 years, but she can't afford repairs. 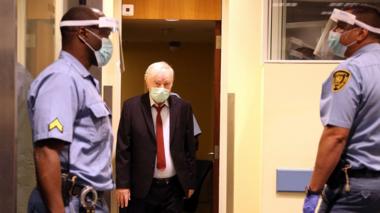 The former Bosnian Serb commander is appealing against his conviction for genocide over Srebrenica.

‘I would crawl through broken glass to vote for Trump'

‘There’s no such thing as a bad view’

Plane built on Mumbai rooftop takes to the skies

Posted at0:18
A civil society group in Malawi wants MPs to be allowed to debate in their vernacular language in parliament.
The Centre for Democracy and Economic Development Initiatives (CDEDI) says the legislators would better express themselves in vernacular than in English.
The centre director Sylvester Namiwa said the people would also understand the debates better if they were in their language.
"We have noted with concern on how some MPs are struggling to express themselves in English, and yet the same people were trusted by their constituents to represent them in the national assembly," Mr Namiwa was quoted as saying by Malawi 24 website.
The Malawi constitution requires one to be able to speak fluent English to qualify to run for MP.
Posted at0:14
The flash flooding hit the northern city of Charikar as people were sleeping.
Read more
Posted at0:10
The political commentator's translation gaffe has amused Twitter users in India.
Read more
Posted at23:5825 Aug
Police open an investigation after two people are killed and one injured during protests in Kenosha.
Read more
Posted at23:3825 Aug
Posted at23:2825 Aug
Eamon Ryan said there had been a "lack of immediate transparency and communication" from Mr Hogan.
Read more
Posted at23:1825 Aug
Chi Chi Izundu
BBC News
The International Organisation of La Francophonie (OIF) has suspended Mali from its membership, the latest body to take action following last week's overthrow of Ibrahim Boubacar Keïta's government by the military.
The decision, by the body that represents countries where people speak French, comes days after the regional bloc, the Economic Community of West African States (Ecowas) - which also suspended Mali from its membership - held unsuccessful talks with the military junta over a return to democratic rule.
The coup leaders have said they were not interested in holding power and would hold fresh elections within a "reasonable time".
A demand by African heads of state to reinstate former President Keïta is now off the table after he withdrew interest to return as leader.
The OIF has said it will send its own delegation to Mali in a matter of days.
Posted at23:1625 Aug
Bekele Atoma Boru
BBC Horn of Africa
Ethiopian Foreign Minister Redwan Hussein has held talks with the UK embassy's charge d’affaires after chaos broke out during protests held outside Ethiopia's embassy in London.
Mr Redwan expressed "disappointment" over security of the embassy.
Ethnic Oromos, Ethiopia's largest ethnic group, have been holding protests outside the embassy since last week to condemn what they term as violation of rights and arrest of opposition leaders in Ethiopia.
The protests have led to the closure of the embassy.
A statement by the embassy said one of its staff members was assaulted by the protesters.
The UK diplomat apologised for the incident and assured that "measures will be taken to ensure the safety and security of the embassy", according to a ministry statement.
Embassy staff who spoke to the BBC on condition of anonymity said that they were staying at home for fear of their safety.
Read:
Posted at23:1325 Aug
Karen Aim was murdered by the 14-year-old during a working holiday in New Zealand in 2008.
Read more
Posted at23:0425 Aug
The Visual and Data Journalism Team
BBC News
Key charts and maps explaining how the respiratory virus has spread around the world.
Read more
Posted at22:4925 Aug
Almost 100 survivors and relatives of victims confronted Australian gunman Brenton Tarrant.
Read more
Posted at22:4425 Aug
Jacob Blake's spinal cord was severed when he was shot by police on Sunday night in Wisconsin.
Read more

The hidden plants that ‘bleed’ nickel

Remote worker? These nations want you

The remote hideout of the World Bank

The film that reveals a lost US nation

Why future feelings are hard to predict

How to turn fantasies into reality