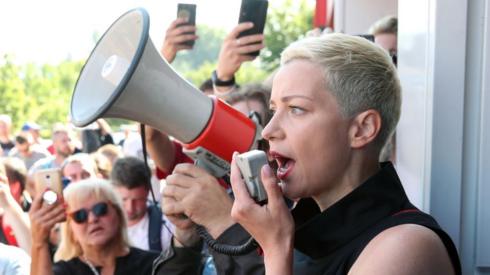 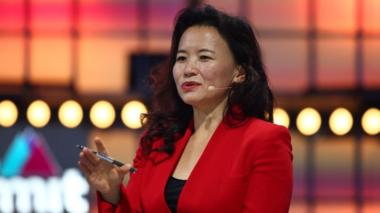 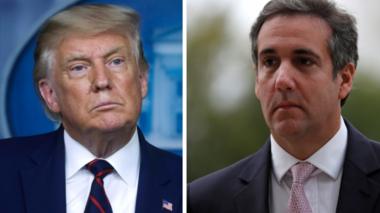 Trump is a racist mobster, says ex-lawyer in book

The White House insists the "tell-all" book by the president's former lawyer is full of lies.

England lockdown tightening 'not ruled out' The video has been viewed by children who report being extremely distressed by the content. 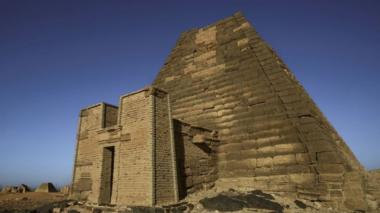 The record-breaking Nile level could inundate precious relics as the country is hit by heavy rains. A judge upholds a decision against ex-President Evo Morales, which makes him unable to run for senate.

'They shot him in cold blood'

Does Biden want to cut US police funding?

Police tackle 12-year-old to the ground in Hong Kong

Beirut blast: 'I love you, don’t leave me'

Vaidotas Gerbutavicius told his dad he would be 'dead in an hour' after taking 20 DNP pills.

A new survey of an active volcano in eastern Democratic Republic of Congo suggests there may be an eruption in the next four to seven years.

More than two million people live around Mount Nyiragongo, and the cities of Goma and Gisenyi sit between the volcano and Lake Kivu.

Rapid expansion in Goma means many people now live right next to fissures in the flank of the volcano through which any eruption would likely occur, says Goma Volcano Observatory Director Katcho Karume.

Listen to the BBC's Science in Action programme in full:

The German government considers creating an offshore launchpad for satellites.

Charnwood Borough Council says it has written to Zamosc over reports it had declared itself "LGBT-free".

Britain's Adam Yates takes us through the first nine of the 2020 Tour de France's 21 stages, with pointers to where the race will be won and lost.

South Africa's governing African National Congress (ANC) has condemned Donald Trump after his ex-lawyer Michael Cohen alleged that the US president had made disparaging remarks about anti-apartheid icon Nelson Mandela.

"Trump is a divisive, misogynistic and disrespectful person ever to occupy the office of the President," the ANC said.

In contrast, Mr Mandela had stood as a unifying leader, who "reached out to the world and sought to bring peace and a just society", the party added.

Mr Mandela was a leader of the ANC and spent more than 27 years in prison for fighting minority rule in South Africa.

He became the country's first black president in 1994, about four years after his release from prison and promoted reconciliation with the minority white population.

In his new book, Disloyal: A Memoir, Mr Cohen said Mr Trump had described Mr Mandela as "no leader"

"Tell me one country run by a black person that isn't a shithole. They are all complete [expletive] toilets," Mr Trump once said, according to Cohen.

Earlier, the Nelson Mandela Foundation said: "We do not believe that leaders who conduct themselves in the way Mr Trump does are in a position to offer authoritative commentary on the life and work of Madiba."

The bloc's environment agency says pollution contributes to hundreds of thousands of deaths each year.

A judge upholds a decision against ex-President Evo Morales, which makes him unable to run for senate.

Why is the UK seemingly prepared to sacrifice a trade deal with the EU on the altar of state aid?

The animals that survive by counting

The strange world of the Royal Family

How to take the bus and train safely