Please click link or scroll down to read the full NPR article. 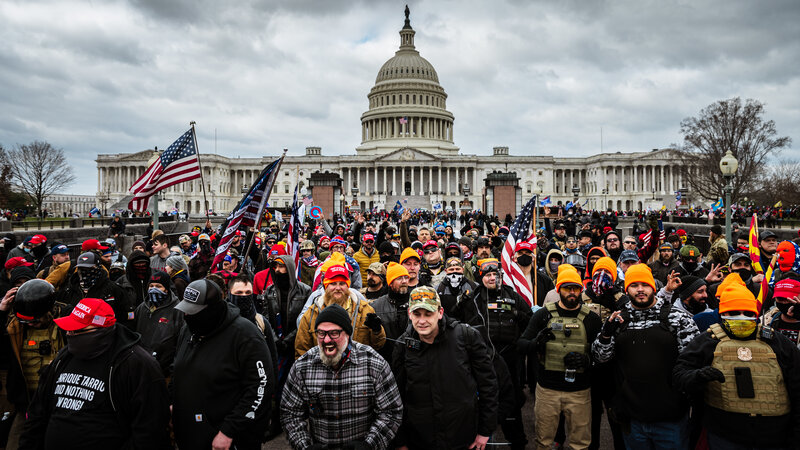 Former President Donald Trump was impeached for inciting the insurrection at the U.S. Capitol on Jan. 6, but has been acquitted by the Senate.

The U.S. Senate on Saturday acquitted former President Donald Trump on an impeachment charge of inciting an insurrection.

The acquittal comes more than a month after a mob of Trump supporters stormed the U.S. Capitol as lawmakers were counting the electoral results that certified Trump's loss. Five people died in the riot, including a police officer. Two other officers later killed themselves.

A majority of senators voted to convict Trump — 57 to 43, including seven Republicans. But two-thirds, or 67 votes, is needed to convict. It was the second time Trump was acquitted in an impeachment trial.

Trump is the first president in U.S. history to be impeached by the House twice, and the first to be tried for impeachment after leaving office.

The verdict closes the book on this Trump presidency, though the Senate, by not convicting and barring him from holding public office in the future, left open the possibility that the Republican Trump, 74, could run again for president. 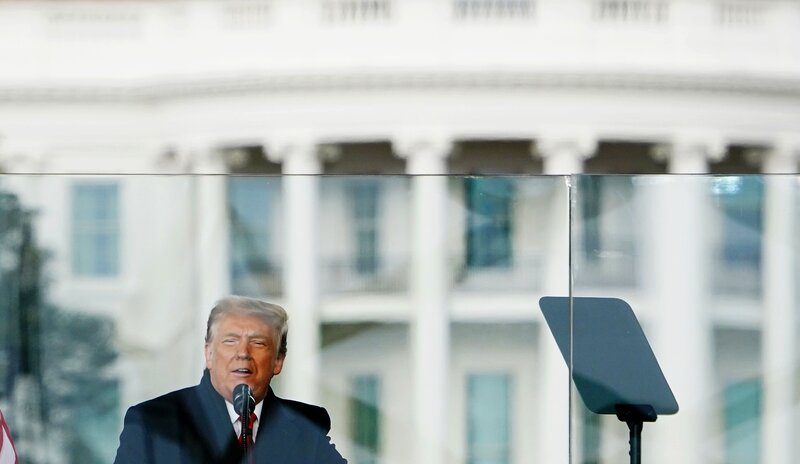 Trump speaks to supporters from The Ellipse near the White House on Jan. 6, before a pro-Trump mob stormed the Capitol.

In a narrowly divided Senate, the outcome of the trial, which lasted a little less than a week, was largely expected, though it very nearly was extended potentially by weeks. Impeachment managers began Saturday with a surprise, saying they had decided to call a witness, Washington Republican Rep. Jaime Herrera Beutler.

After the defense rested Friday, Herrera Beutler issued a statement detailing — again — that Trump had gotten into a shouting match with Republican House leader Kevin McCarthy during the riot, telling him, "Well, Kevin, I guess these people are more upset about the election than you are."

The Senate then voted to allow witnesses, and Trump's lawyers threatened to call potentially dozens. Both sides eventually agreed to enter Herrera Beutler's statement into the record and move on. 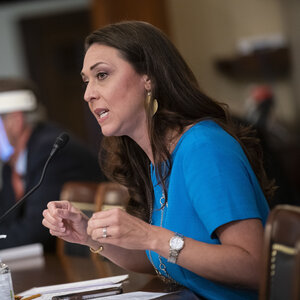 The heart of Trump's legal team's argument was supposed to be that the Senate did not have jurisdiction to take up the trial of a former federal official. That was certainly part of it and was a message that resonated with the overwhelming majority of GOP senators.

In a vote on the first day of the trial, for example, 44 Republicans voted to say it was unconstitutional for the Senate to try a president after he left office. That's despite a 145-year-old precedent in which the Senate voted that it was constitutional to try a former Cabinet official for impeachment.

The constitutionality argument allowed many Republican senators to sidestep the merits of the case against Trump. That's even though the lead impeachment manager, Rep. Jamie Raskin, D-Md., on Thursday closed his side's arguments by imploring senators that the constitutionality of the trial had been resolved by the earlier vote. 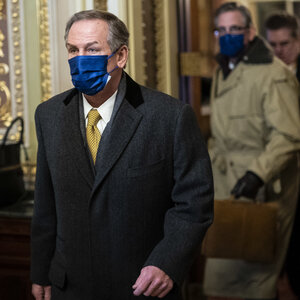 5 Takeaways From The Trump Impeachment Trial After Defense Wraps Up

Trump's lawyers, however, did not stick to a narrow constitutional argument. Instead, they accused Democrats of using the impeachment process for partisan gain, accused them of trying to disenfranchise the people who voted for Trump's reelection and they declined to provide evidence of what the president knew about the violence, when he knew it and what he did about it.

The Democratic House impeachment managers argued that the former president, who addressed a rally outside the White House ahead of the insurrection, was "singularly responsible" for the violence on Jan. 6.

They relied, in large measure, on video to prove their case, including never-before-seen Capitol security footage. The videos showed on the Senate floor during what was an, at times, emotional trial brought back the vivid images of the Capitol violence to the very place it happened. 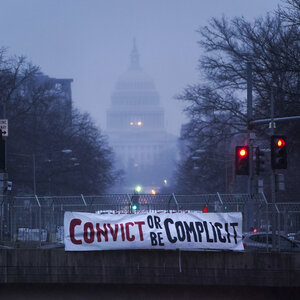 'The Footage Is Horrific': Senators React To Gripping New Video Of Capitol Riot

The video demonstrated how close rioters came to then-Vice President Mike Pence and members of Congress. And the impeachment managers argued that the video showed clearly the mob of pro-Trump supporters was there for the president, and many believed they were there at the president's behest.

The impeachment managers, however, made a broader case than Trump's comments on Jan. 6. They argued Trump laid the groundwork for false grievance on the part of his supporters with two months of false claims of widespread election fraud that cost him the election and years, in fact, of tolerating, condoning an encouraging violence. 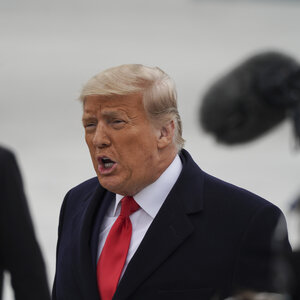 Trump Lawyer: His Call To Georgia Officials To 'Find' Votes Was Taken Out Of Context

Trump's lawyers largely sidestepped Trump's false claims of election fraud. Sen. Bernie Sanders, I-Vt., asked during the question-and-answer session: "Are the prosecutors right when they claim that Trump was telling a big lie, or in your judgment did Trump actually win the election?"

Trump lawyer Michael van der Veen shot back, "My judgment? Who asked that?"

"I did," Sanders replied.

"You represent the president of the United States!" Sanders yelled back before Sen. Patrick Leahy, the presiding officer, gaveled the chamber back to order.

Trump's rhetoric about widespread fraud and a stolen was false, dismissed by many courts stemming from dozens of lawsuits filed by the Trump campaign and allies across several key states. 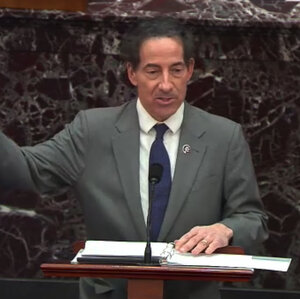 Trump's legal team also argued that Trump's Jan. 6 rally speech was protected by the First Amendment, a contention that impeachment managers labeled ludicrous. This, after all was an impeachment trial, not a criminal proceeding. An impeachment trial is a political process intended to judge whether an official was upholding their oath of office and a standard of conduct.

With his second acquittal, Trump now plots his next steps in political and public life. Yet he is also contending with potential legal trouble stemming from a New York grand jury investigation and a newly announced criminal probe in Georgia.

That's in addition to Trump's mounting debt and devalued assets. The former president's net worth also dropped $1 billion in early 2020, according to Forbes.

Trump has been able to spin difficulties in his business and personal life before, and the country waits to see if has a next, and perhaps final, act.